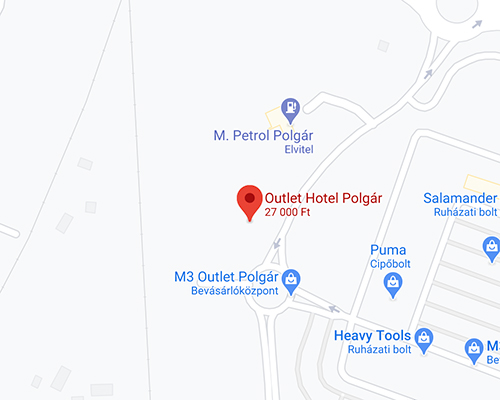 What should you see when you visit Polgár

Church Lake and Ruin Church: The ruin church on the outskirts of the village, along the road, is a memento of World War II. One of the largest Hungarian battles in history, known as the Debrecen or Hortobágy tank battle (October 9, 1944), took place in the vicinity of Folyás. The small church, built in 1892 by the great provost Endre Pánthy, also fell victim to this battle.

Andrássy Castle: The castle was built id. It was built by Gyula Andrássy, the first foreign minister of the Austro-Hungarian Monarchy, between 1880-1885. Designed by Meinig Arthur. The multi-tower building carries neo-Gothic-Romantic style features. The park is bordered from East by the river itself.

Monument to the Battle of Muhi in 1241-42: The Battle of Muhi, or Sajó, took place in 1241. To commemorate this, on the border of the village, on a fenced, artificial hill, on a symbolic tomb, wooden crosses can be seen.

Ónodi Castle: The castle is located between the village and Sajó. It is located on a pebble-sand river terrace 5-6 meters from its once swampy surroundings. The castle protected the Sajó crossing and important roads to the east.

Kenyérgyári Tisza backwater: The environment of the backwater is well-organized, family-friendly, suitable for non-fishing family members for recreation, active and passive relaxation.

Sugar Museum: In the former "finánclaktanya" (the barracks of the customs police of the time) building, on the factory site, you can see the shelves, showcases and billboards presenting the history, spread, technology and life of people who played a prominent role in the development of beet sugar production. With the help of documents, objects and photographs, you can trace the centuries-old history of lucky sugar production, as well as the history of everyday life and celebrations of factory life and lifestyle.

Rákóczi Castle: The building, built at the end of the 16th century, is the youngest castle in Borsod-Abaúj-Zemplén county. The Szerencs region, called the gate of Hegyalja, was the accommodation of the Bogát-Radvány family in the 13th century, who founded a Benedictine abbey on one of the prominent heights of the wetland.

Zemplén Museum: The Zemplén Museum is located on the first floor of the east wing of the inner castle, and its entrance is led by a beautifully restored Renaissance stone staircase.

Diósgyőr Castle: As early as the 12th century, a castle stood here; today's Gothic castle was built after the Tartar invasion, lived its heyday during the reign of Louis the Great, and its Great Hall was the largest in Europe. Later it was a dowry for the Hungarian queens, until the Turkish times. By the end of the 17th century, it had become uninhabitable, and its condition was deteriorating. Its archaeological excavations began in the 1960s. In the early 2010s, the castle began to be rebuilt to its original condition, and the restored rooms were furnished with period furniture.

Zoo: In the Miskolc Zoo and Culture Park - formerly known as Vadaspark - we present almost 700 specimens of more than 120 animal species from five continents to our visitors, in a special forest environment. Walking among the trees, in addition to the wild animals of the Carpathian Basin, our guests can also get acquainted with exotic species and domestic animals living in ancient Hungarian and distant landscapes. The area of ​​the zoo is adjacent to the Bükk National Park, so we also offer a taste of its natural flora and fauna.

Sétáló utca: Széchenyi István utca, in the terminology of the locals, is almost exclusively Főutca, the most significant and at the same time one of the longest roads in the center of Miskolc. The road has been entirely a pedestrian street since 1984. Széchenyi Street starts from Városház tér and goes to Ady Bridge, ie Király / Ady Endre Street. The Main Street is lined with residential and commercial buildings, several of which are of historical importance, monument or local protection, some of which are more spectacular, others of a more modest appearance.

Fairy Garden: The once neglected area has been recently renovated, with groves, flowers and beautiful lawns. In the Fairy Garden of Miskolc, you will also fall in love with someone who has never been to anything else, if not to love. Romance flourishes in every corner. A plethora of flowers, colorful, fragrant, run-up roses, ducks in the water, a seductive green lawn and a childhood-missed bunker among the tree branches.

Palace Hotel: The famous hotel was built between 1925 and 1929 according to the plans of Kálmán Lux, in Neo-Renaissance style. One of the hotel's restaurants is the Mátyás restaurant, which has recently been converted into a renaissance restaurant, and its stained-glass windows depict the castles of historic Hungary. From the buildings to the Szinva springs there is a huge park with botanical rarities.

Lake Hámori: It is first mentioned in 1319, in a charter related to a Pauline monastery, as Feltó-fishpond. The lake of the current size was created in 1810 by Frigyes Fazola in order to provide a permanent water supply to the metallurgy. The lake played a very important role in the water management of the factory: its water level was measured daily, and the opening of the sluices was carefully recorded. The lake is one and a half kilometers long, in some places quite deep. In summer, boating and pedal boating are possible on the lake. The Neptune Diving Club is located on the shore. On one side of the lake there is a highway leading to Bánkút, on the other side there is a picturesque promenade. Not far from the dam closing the valley, on the south side of the valley, the water of the Esperanto spring flows, which flows through the passage under the forest railway into the lake.

The main building of the University of Debrecen: The glass-roofed courtyard of the imposing main building, built in 1927-1933 in an eclectic-neo-baroque style, is surrounded by an arcaded corridor system with the names of the most famous professors and students on the wall. In front of the building is a spacious French-style park, in the fountain of which, according to tradition, all graduating students take a dip.

Nagyerdő: The area of ​​Nagyerdő in Debrecen is home to special protected plant species and animals, named after its huge 100-120 year old trees. The forest was declared a park in the 18th century, and in 1939 it was entered in the register of protected natural areas under number 1.

Zoo: The institution, dreamed up among the magical trees of the Great Forest in Debrecen, has been welcoming guests since 1958. The zoo, first founded in a row of rural gardens, has become an integral part of city and forest life in recent decades. With the expansion of the small area at the time of its foundation, it now presents about 870 specimens of 164 species from five continents on 17 hectares.

Déri Museum: The Déri Museum is one of the most famous public collections in Debrecen. The museum, built with a historical outlook - in front of it with the statues of Ferenc Medgyessy - is the jewel of Debrecen city center.

Millennial ‘viticulture’: The natural resources of Tokaj-Hegyalja have unique endowments. The volcanic rock, the mineral-rich topsoil and the special mesoclimate contribute to the exceptional grape and wine culture that has survived to this day. The area was the first closed wine region in the world, a royal decree issued in 1737 listed the settlements within the borders of which grapes suitable for the production of Tokaj wine can be produced. The survival of the wine-growing traditions that have developed over the last thousand years in their pristine, original form and the millennial unity of the area have justified the designation of the wine region as a World Heritage Site. Grapes are currently grown on 5,500 hectares, typically on volcanic soil. Today, furmint and linden are the two main grape varieties in the wine region, as well as yellow muscat, cabaret, zeta, and fat grapes. The role of Tokaj is also significant for the national economy, as there are nearly 600 wineries in the area, and about 15,000 people are engaged in grape production.

Salt Spa: Sóstógyógyfürdő is located only 6 km from the center of Nyíregyháza, famous for its medicinal water, which is located on the edge of the oak forest surrounding the city, around the saline lake.

The Hortobágy National Park is the largest and oldest national park in the country, in the eyes of many it is the essence of Hungary, the synonym of the Hungarian sheer. Hortobágy is a World Heritage Site, it offers many attractions to the visitor, from horse-drawn carriage rides, horseback riding, cycling, small trains to the game park and bird hospital.

Nine-hole bridge: The most famous of the monuments of the village is the Nine-Hole Bridge, which was built in 1827 in stone in the Classicist style according to the plans of Ferenc Povolny, after the wooden bridge's predecessors. It was completed in 1833.

Calculate and book your stay online, with immediate confirmation, easily in just a few steps, in only 2 minutes!

Request your offer. It's simple and only takes a few moments. And your personalised offer lands in your inbox within just 24 hours!

If you make a reservation through our website, we offer you a discount not available elsewhere: